Chickpea is a promising culture in a crisis

Today, there is a growing interest in Ukrainian chickpeas on the world market. In the current season, the Czech Republic, the Netherlands and Germany have been added to the list of the core importers of this legume, while their prices were acceptable to Ukrainian exporters. Antonina Skliarenko, the director and co-founder of Ecointer Trade, spoke about price trends, competition, sales territory, as well as prospects for the near future.

In February 2014, Avas-Trade operating in the market since 2008 was rebranded. Currently, its name is Ecointer Trade, and the core business is export/import of various agricultural products (grains, legumes, oilseeds). Ecointer Trade maintains business relations in the markets of Asia and Europe and has extensive experience in exporting products to Turkey, Serbia, Holland and Belarus.

- Ukrainian chickpeas are still mainly export culture. Has the sales territory expand to foreign markets in the 2014/15 MY? Which areas are the most perspective?

- Ecointer Trade is not so long ago in the legumes market, but experience in Avas-Trade gives me the right to analyse the situation in the chickpea sector competently. Therefore, in the current season there is a shortage of offers for this legume. Even despite the rather large carry-over balances, in March of this year there were practically no chickpea volumes left for export. I would like to note that the main consumer countries of the Ukrainian legume are Turkey, Egypt and the United Arab Emirates. In this season, a number of European countries have been added to this list, in particular the Czech Republic, the Netherlands and Germany, which opened their doors for us by abolishing duties and more profitable logistics.

- What cultivars of chickpea do you prefer? Are there enough offers of high-quality large chickpea in the current MY on the Ukrainian market?

- Our customers prefer large chickpea varieties. Accordingly, the price of it is much higher. Ukrainian farmers have all the opportunities for growing large chickpeas. The soil for this is perfect. However, in Ukraine, there were and there are still problems with the seed fund.

The most popular varieties are Jordan, Budjak and Triumph. However, this season the number of chickpea offers was limited, because about 50% of the large legume was grown in the Crimea, where the climate and the soil are ideal for this.

- During the instability of the foreign exchange market, how did the price situation change during the season? What were the conditions for the sale of chickpea?

- How competitive is Ukrainian chickpea on the world market? As we know, Russia was always a major competitor for Ukraine, is this true this season?

- Ukrainian chickpeas are very popular. I had the opportunity to celebrate this at the exhibition in Dubai, where thousands of producers, buyers, sellers and processors of legume from around the world gather. This year, for the first time, Ukraine was given the opportunity to present its chickpeas there! Moreover, I should note that the interest of visitors was quite high to it on all days of the event.

Russian products are still competing for Ukrainian chickpeas in the global market. Their offer prices based on FOB in the current season ranged from 400-440 USD/t, while in Ukraine they varied in the range of 430-470 USD/t. At the same time, the quality of the Ukrainian legume is much higher than the Russian one. In addition, India and Canada sell chickpeas of high quality and at a competitive price in the world market.

- Ukrainian agricultural producers have been practicing chickpea cultivation for quite a long time. Can we say that the culture of its cultivation has reached a new higher level?

- At this stage, Ukrainian farmers have mastered the technology of growing chickpea, lentils and moong beans quite well. As the members of the Community of Bean Producers in Ukraine, we have repeatedly held conferences and seminars at which we talked about the features of growing and processing these crops.

In addition, I would like to note again that Ukraine lacks seed material that could meet today’s demand for chickpeas.

It should be noted that in the near future the Community of Bean Producers will acquire a specific representative in Ukraine with the support of the Ministry of Agrarian Policy and Food of Ukraine and will be engaged in the consolidation of legume producers, representing their interests in the domestic and export markets.

- What do you think will be the second half of the season for the Ukrainian chickpea market?

- In conditions of instability of the US dollar, it is difficult to make predictions for the future. Nevertheless, I suppose that until the end of the current season the price of chickpeas will not change, because it is currently high. At the same time, the demand for chickpeas will be active. European and Arab countries will remain the promising export directions, the procurement prices of which at this stage fully satisfy the needs of Ukrainian manufacturers. 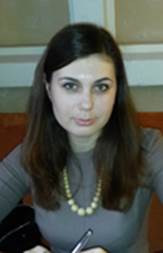