In Ukraine people were engaged in chick-pea growing before World War II, he was grown almost in the same areas as the peas , and even prevailed in the south . Interest in it began to emerge only in recent years. The reason was purely commercial. We have organized thes seminar at the request of many wishing. The main event was Prof. Dr. Fikret Akinerdem from Turkey

Vyacheslav Sichkar has opened this subject rather widely, he is that one person representing both science and production.

Doctor of Biological Sciences detailed about the cultural history of chickpea in Ukraine, the benefits and challenges of its growing domestic varieties

The end of   seminar participants got the standards of seed of Turkish chickpease and able to eat the special dish from this culture, prepared by the Turkish cook. 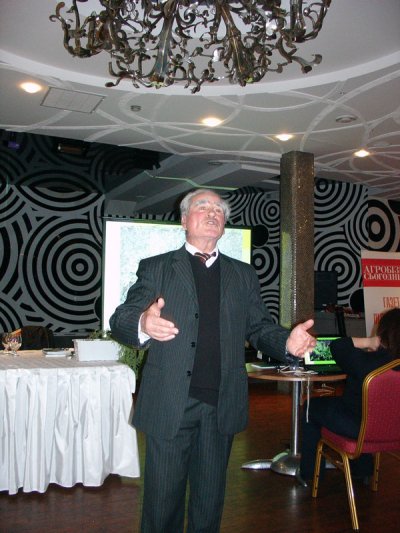